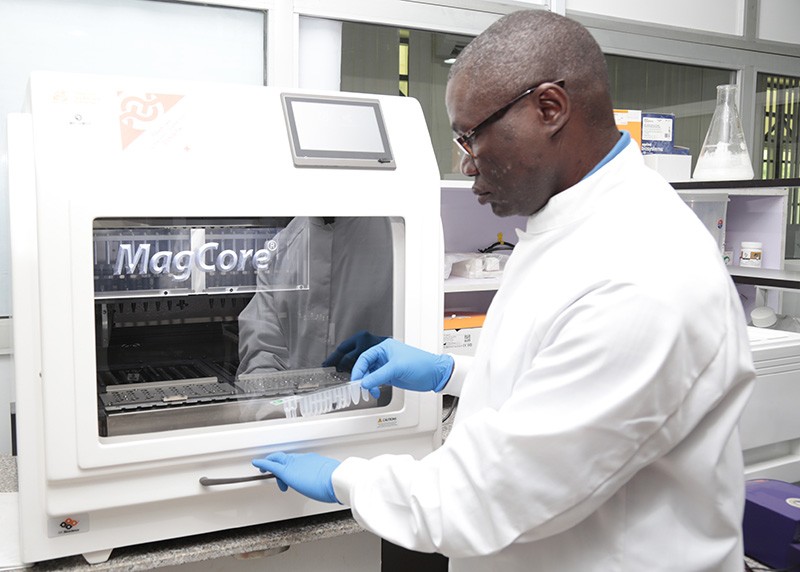 Two decades after the completion of the Human Genome Project (HGP), there is still much to do to ensure that genomics works for the global public good. The focus on populations from high-income countries has come at the cost of understanding health and disease that might benefit the world. Less than 2% of human genomes analysed so far have been those of African people1, despite the fact that Africa, where humans originated, contains more genetic diversity than any other continent. Too little of the knowledge and applications from genomics have benefited the global south because of inequalities in health-care systems, a small local research workforce and lack of funding.

The African Society of Human Genetics (AfSHG), which I currently lead, was established in 2003 to help address disparities, improve education, enhance networking and build research capacity in Africa. Despite recent progress and investments, too much of the genomic research done in Africa has been driven by European and American investigators. Why is this a problem? Their priorities could be detached from what people on the continent need and want. Testing new treatments are more likely to yield high-profile papers that advance academic careers, but testing more-effective delivery methods for existing treatments is often more likely to save lives and ease suffering.

The reference genome sequences built from the HGP are missing many variants from African ancestral genomes. A 2019 study estimated that a genome representing the DNA of the African population would have about 10% more DNA than the current reference. Last year, analyses of whole-genome sequences of just 426 people across 50 ethnolinguistic groups in Africa revealed more than 3 million variants that were previously unknown.