How migration events have dramatically reshaped the genetic landscape of Africa

University of Cape Town’s battle to tackle a racist legacy

Six years after a statue of Cecil Rhodes was toppled, students and staff at the South African university are still working to improve equity and representation. 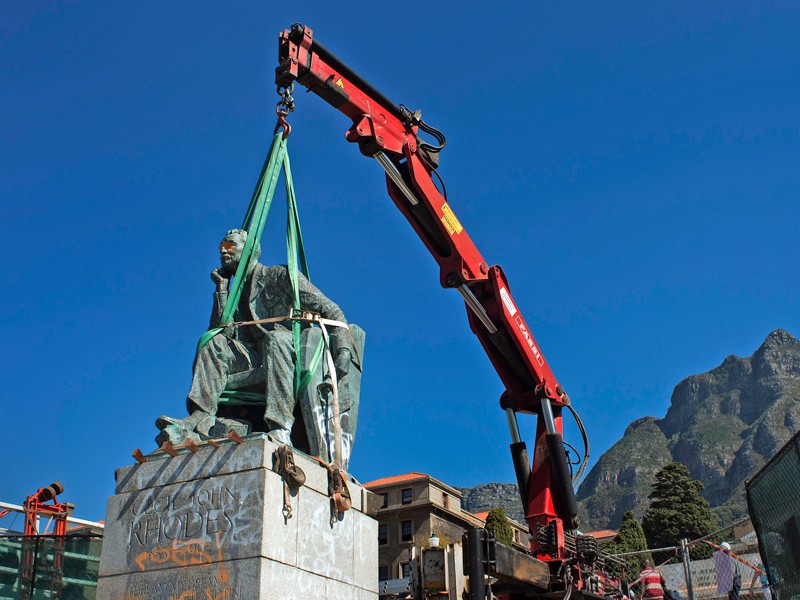 A statue of Cecil John Rhodes was removed from the campus of the University of Cape Town in 2015.Credit: Rodger Bosch/AFP/Getty

In 2015, a giant crane hoisted a 900-kilogram bronze statue of the imperialist Cecil John Rhodes from its plinth at the University of Cape Town (UCT) in South Africa. Rhodes — a nineteenth-century diamond magnate and a representative of the white-supremacist, colonial rule of southern Africa — had bequeathed the land on which the university now stands. The removal of his statue came two decades after South Africa’s first-ever democratic elections and the end of apartheid.

When the crane did its work, Rhodes’s likeness in front of UCT’s main hall was reeking, both figuratively and literally. A month earlier, a student had upended a bucket of human excrement over the statue, lighting the fuse of what was to become known globally as the Rhodes Must Fall movement (see ‘Of protest and potential’). Since the statue fell, UCT has played host to conversations about how to ensure that the institution — one of Africa’s foremost — embraces inclusivity at its very core.

This includes challenging its traditions, which critics argue are rooted in colonial values and minimize African knowledge and experiences. These discussions have been difficult for both the academic establishment and those fighting against the status quo. Despite efforts to boost the number of Black researchers on campus, 40% of academic staff members are white South Africans, compared with 9% of the overall population in South Africa. Black South Africans make up more than 80% of the nation’s population.

Nature asked four UCT students and staff members to reflect on developments since 2015. Their experiences are relevant to institutions worldwide as they grapple with #BlackLivesMatter and #ShutDownSTEM protests over racial inequalities in society and the colonial foundations of many universities.

Our interviewees reference four key events since the statue fell: the 2018 suicide of Bongani Mayosi, UCT’s dean of health sciences; a 2019 report into UCT’s institutional culture (see go.nature.com/3f85j3g); the ongoing COVID-19 pandemic; and a devastating fire last month that gutted the university’s African studies reading room and some of South Africa’s most treasured histories. 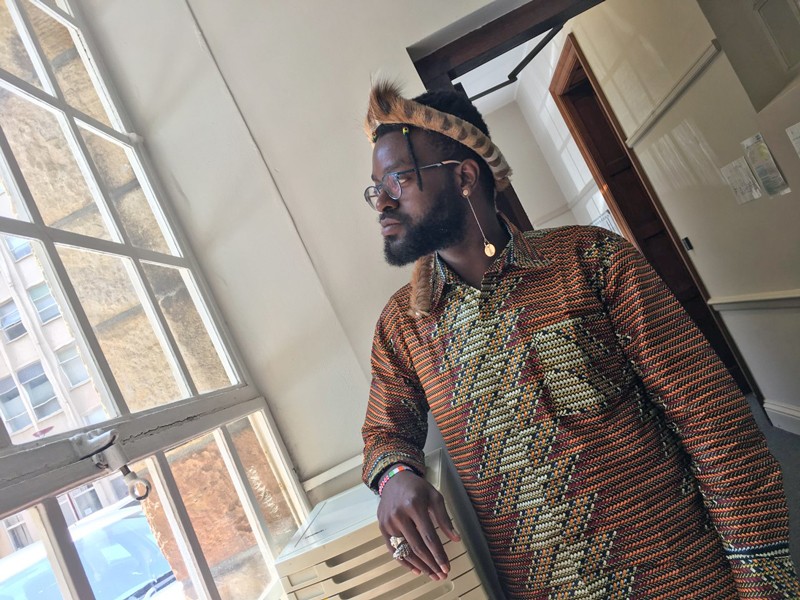 PhD student Paballo Chauke is considering leaving academia after he receives his degree because of systemic barriers he has faced.Credit: Paballo Chauke

PABALLO CHAUKE: ‘My Black body still needs to be accepted’

I was in the crowd when the Rhodes statue was taken down. It was a watershed moment. My main memory is a feeling of surprise; I never thought racism would be confronted at UCT. When I came to the university in 2010, the feeling among Black South Africans was that you either assimilate into the culture of whiteness or you perish.

I had recently graduated from my honours degree in environmental geography, making ends meet by teaching and working as a research assistant. I come from a poor background; my mother was a domestic worker. When I arrived at UCT, it was the first time that I had come face to face with whiteness. Nearly all my lecturers were white. That said to me that I didn’t belong.

After Rhodes fell, I went to the University of Oxford, UK, for my master’s in biodiversity, conservation and management. I was one of only four Black people in the 600 students in my college. When I came back to UCT in 2017 for my PhD programme, some things had changed, but much remained the same. ‘Transformation’ groups had been formed to redress the racial and gender balance of the university, but many of them were led by white women. That bothered me.

Looking back, I realize that I experienced a lot of racism as an undergraduate. Much of it was hidden, not overt. Since Rhodes fell, UCT has hired more Black people, and the current vice-chancellor is Black. But it’s like a cappuccino: on top, you have white foam, with a few chocolate flakes sprinkled on top; the bottom is where the dark coffee is. So much needs to change still.

After my PhD, I don’t think I want to be an academic. There are so many barriers to jump. My Black body still needs to be accepted by white academics. It’s not just about whiteness: I’m queer, I’m poor, I support several of my family members — I need to earn a salary. There’s more job security in other careers. Of course, there’s the feeling of ‘If I don’t change it, who will?’, but self-care matters, and I’m exhausted.

Still, I don’t think UCT should be thought of as a place that can’t belong to Black people. When the fire hit, some people on Twitter celebrated that colonial symbols had burnt. That made me so heartsore and angry. UCT might have its challenges, but it’s also a home for Black scholarship.